Unfortunately I lost my mage in a magic duel with a necromancer. Also a thief and warhound, but managed to snaffle 4 treasure tokens. My opponent lost a thief and an apprentice who was mauled to death by my dog. Well he was dressed up as Anubis….a case of mistaken identity? 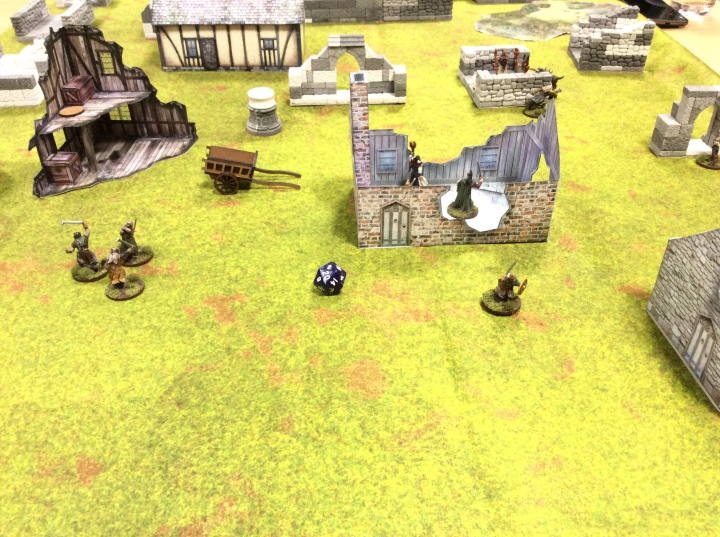 We did make a few mistakes. But it was an enjoyable game nonetheless. The Thaumaturge isn’t really an offensive mage (the necromancer is! Bone dart killed my mage in two turns). Blinding light is a funky little spell, which can really help by slowing down the opposition – one of the reasons I managed to grab the 4th treasure token.

I managed to get these finished in time for tonight’s game.

PVA is still wet in this photo and as the camera never lies… I can see all the bits I missed on the bases.

They were speedily done but to be honest I am pleased with them. The Wizard and the apprentice are both a bit bigger than the rank and file, but as this game is mainly about these two it seems rather appropriate that they are a bit bigger 🙂

In fact it is nearly bigger than my bear. I got this bear from Warbases for £2.50 the Frostgrave bear is £6.00.

We shall see how my crew do tonight in the ruins of Frostgrave. Spells at the ready….

‘Cometh the hour, cometh the … whatever. General comethness, perhaps.’

Or if all else fails….

‘Let’s get this over quickly, and have lunch.’

Getting beyond the naff stage.. 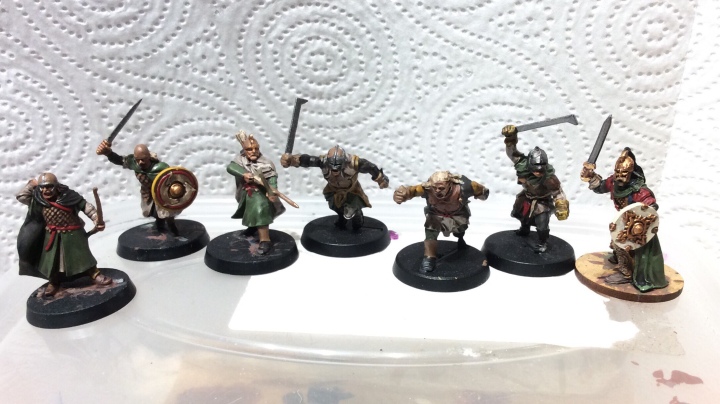 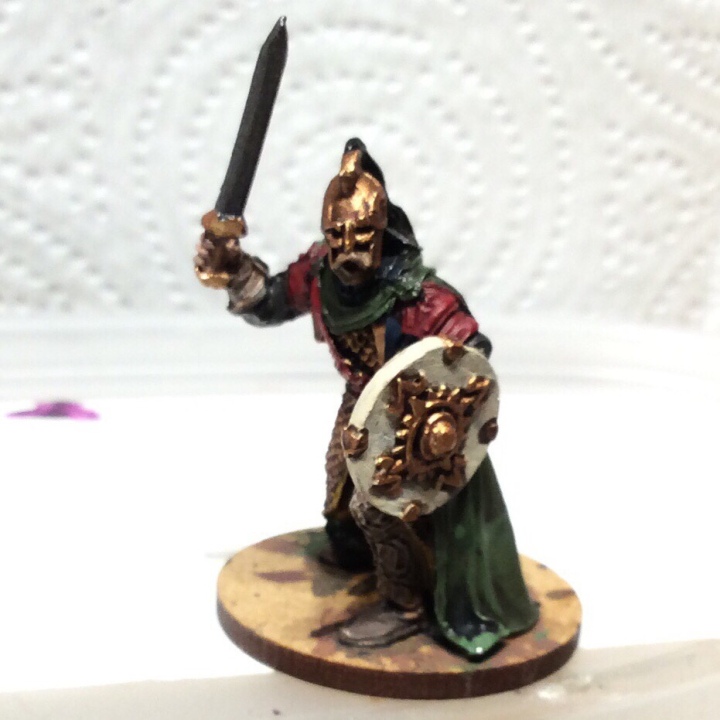 These are starting to come together.

Really just a highlight on the rank and file to do and a beard on one of the archers. Still got a fair bit to do on the mage and apprentice. To be honest I am quite pleased with how the colours have worked.

Speaking of colours. I decided to keep some paint at work and some at home, however for some reason I kept most of the metallics at home and the bone type colours at work. Methinks I failed a bit there. As they were mainly base coated at work I wanted to use the same colours to sort out any glitches with the magic users. Once they are tidied up I will give them a wash like the rank and file and take it from there.

I must also remember to finish of Wuffles …

This dog has more piercings than is good for him.

Slapped some more paint on.

An hour to go before I get my eldest from Drama.

More colours added and they now even more at the naff stage. I am hoping that once they have a wash and a highlight they will look better 🙂

I managed to get a bit of paint on these: 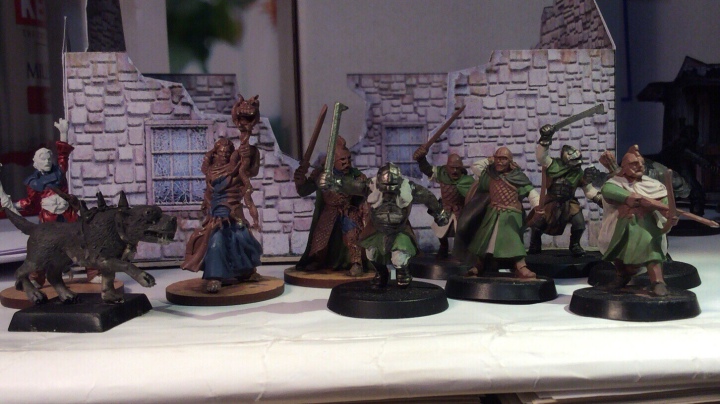 I am going for a limited palette for the rank and file the blue will only appear on the wizards and a bit on the Man at arms to show his superior status.

The lamellar armour for the lower class of troops will be boiled leather whereas the man at arms will be some form of metal not sure whether to do him bronze or iron???

These are still at the yucky stage…. neither one thing or another. My plan is to blast on with them tonight whilst my daughter is at her drama session. Two and a half hours painting time.

We shall see how we get on.

I had a hunt about for various wizards or proxy types to act as my mage and apprentice for Frostgrave. I had found my druid and dog handler from Warlord’s Celtic range. But they weren’t really right

I suddenly remembered I had the Mantic Games Dungeon Saga: The Dwarf King’s Quest.

I knew it had a wizard in it so that would work with maybe a Gandalf figure, however when I opened the box I realised I also had a metal Mortibris. I suddenly had both Wizard and Apprentice.

Although Mortibris is a Necromancer, I am going to use him as something different in my games probably a Thaumaturge:

Thamaturges draw their magical powers from positive energy. Most, though not all, believe this energy comes from some form of deity. These wizards are healers and protectors, who often spend as much time on good works as they do on the study of magic. Thamaturges rarely openly carry any weapon other than a staff and some find even that a bit aggressive. This is not to say that Thamaturges are pacifists, they just prefer to not rely on obvious displays of force. In appearance, they tend to wear plain, simple robes, usually of a light colour. They tend to favour hoods over hats, and wood and leather over gold and silk.

Ironically, they are directly opposed to the Necromancy school of magic.

The way spells work is that, I can choose three spells from my school of magic.

One spell from each of the aligned schools of magic. (Soothsayer, Sigilist, Illusionist) These are at +2 difficulty.

The final two spells must come from the neutral schools; each must come from a different school. (Elementalist, Witch, Chronomancer, Summoner, Enchanter) These are at +4 difficulty.

The different schools of magic and spells are seen below.

My war band is as follows