Tonight was my daughter’s Parents evening. All good there, we never thought there was going to be a problem and it is good that there wasn’t. It was funny watching some of the staff wanting her to take their subject at exam level.

As we got back after 8.30 then there wasn’t really much time to do a lot so I got them based. 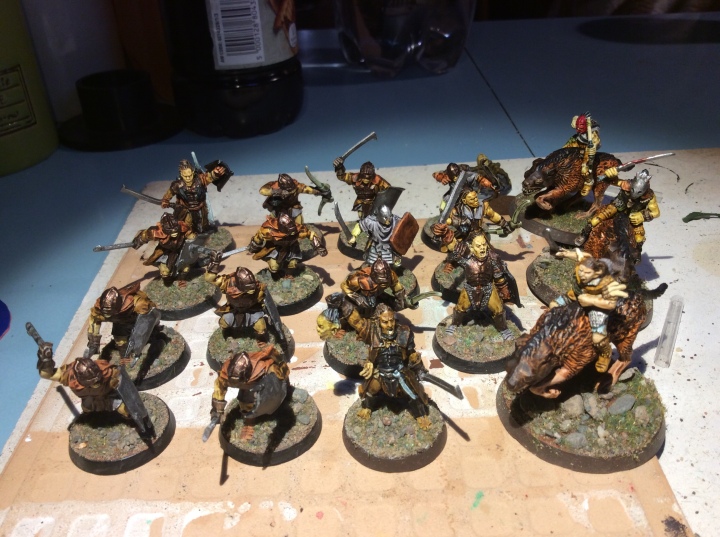 This is them all together. It was after I took this photo, I realised that the Wargs and original hero had the base edge painted chocolate brown… the rest I did black!

The issue, if issue is the right word, is that all the rest of them (around sixty or so) were mostly painted by someone else and are more based on the film. I need to paint the rest of the Mordor orks in this style.

I still can’t find the warg riders, so it looks like I am going to have to have a mooch on Ebay to see if I can find another seven as ten is a nice round number 😂. 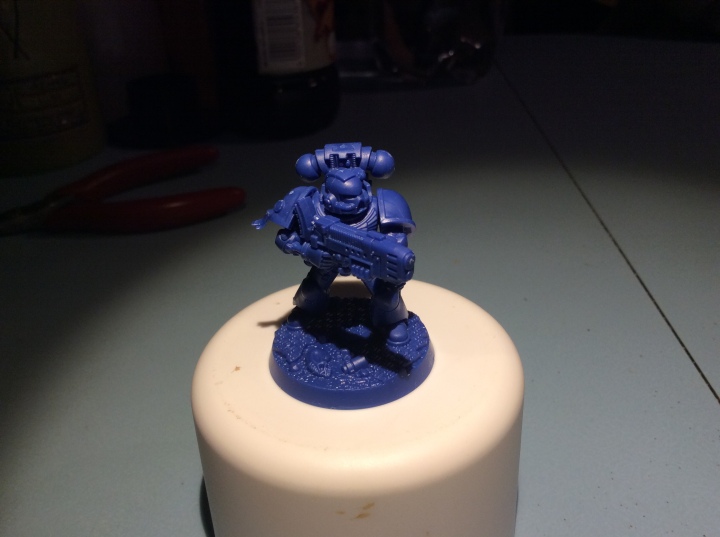 He is one of the individual hero packs the kids got me for My birthday. Talking of Games Workshop. I found out today that the undead part of the £2.99 magazine I got would cost me £25 in a box. It was even better value than I thought it was

i was going to get the printer running tonight doing some 9 x 9 rooms for my meeple dungeon, but sadly the printer told me it was too cold to print anything ☹️.